Magnetic beads are the main tool of new nucleic acid extraction technology. Magnetic beads have the characteristics of monodispersity, high specific surface area, good dispersibility and resuspension, faster magnetic response, better water solubility, and more active functional groups. They can form a “quasi-homogeneous” reaction system. It can combine, react and separate with the target fragment with great efficiency and specificity. Under the directional control (automation) of the external magnetism, the target molecule can be separated from the complex biological system, soil, water and other samples through adsorption, cleaning, elution and other operations. Next, I will share with you the common types of magnetic beads and their development prospects.

The magnetic core is Fe3O4 magnetic group, which is first coated with derivatized silane, and then coated with polymer. In the early days, some manufacturers would directly mix Fe3O4 and polymer, grind and sieve them out, and even mix Fe3O4 powder into the beads during the emulsion polymerization process. However, the magnetic beads obtained by these methods have some problems. For example, the exposure of iron (magnetic leakage) will affect the experimental results of DNA polymerase users. Iron can reduce the activity of the polymerase and adversely affect many cells. In order to improve the stability of magnetic beads and expand their application fields, scientists add different materials to the magnetic beads in different proportions, such as polystyrene, cobalt dioxide (non-paramagnetic), agarose and so on. Generally speaking, a polymer outer layer is added to the surface of the magnetic bead, or a relatively stable outer shell such as silica is added. The purpose of coating is to protect the inner core of the paramagnetic bead and prevent it from being oxidized; in addition, this These coating materials have good biocompatibility and are easy to couple with various functional groups.

This type of magnetic beads captures a group of target molecules and is versatile. It is often used for nucleic acid extraction and purification in scientific research and molecular diagnostics, and purification of PCR amplified products; it can also be used in high-throughput second-generation sequencing platforms, such as Illumina Sequencer blunt-ended fragment DNA screening, etc. In short, through various chemical modifications and chemical reactions, hundreds of general-purpose specific ligand magnetic beads with different functions can be obtained, and the application fields are very wide. It can be used not only for nucleic acid purification, but also for protein and polysaccharide purification and immunoassay detection. In addition, this type of magnetic beads is also widely used in modern biomedical chemical technology and research for the screening and delivery of biochemical macromolecules and small molecule drugs. 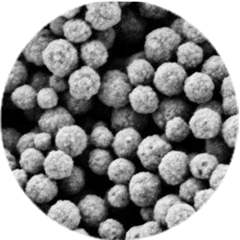 The development prospects of magnetic beads

In recent years, magnetic beads have been gradually applied in fields such as biomedicine, cytology, and bioengineering. However, the magnetic beads and magnetic bead series produced by foreign companies still have a great advantage in the application market. It started late in China, but in recent years, a number of high-quality companies have also emerged to produce magnetic bead products, such as Aisen Biotech. High-sensitivity, high-throughput, and high-efficiency magnetic separation and purification technology has shown broad application prospects in the biomedicine and clinical diagnostic markets. The huge market demand will inevitably drive domestic companies to develop and produce world-class magnetic bead products. Let us wait and see!

The common types and development prospects of magnetic beads are generally introduced as described above. Aisen Biotechnology produces nucleic acid extraction products with nano-biomagnetic beads as the core. If you have related requirements for Nucleic Acid Extraction Kit, please call for consultation.

What is the detection principle of the rapid nucleic acid detection kit?
Scroll to top